The One Stop Carriers for Causes grant scheme is enabling franchisees to provide sizeable grants to local causes that play an important role in their communities. The brother and franchisee duo, Danny and Craig Wilson have recently awarded £8,000 to their local football team, Scarborough Athletic FC to build a new stand for the member owned club.

The stand is designed to encourage more people to visit the club and watch the games and One Stop is also sponsoring a new scoreboard for the ground, helping to give fans the best possible experience when supporting their team.

Furthermore, the brothers, through their business Wilson Retail Ltd are boosting even more support by sponsoring the new home kit for the club for the next two seasons and giving over part of their store to the Scarborough Athletic FC club shop, enabling fans to buy merchandise and tickets for games from a central location.

Following the liquidation of Scarborough FC, Scarborough Athletic FC was formed by a group of loyal supporters in 2007. The club is owned entirely by its members and seeks the support of the local community to secure its financial stability, competitiveness and success, including support from local businesses.

The Wilson brothers operate seven One Stop stores across Bridlington and Scarborough and as Danny comments: “It’s great to be able to help bring back a much-loved football team to their home and we hope that the One Stop sponsorship will enable the club to keep growing and become a real cornerstone for the community.”

Danny adds: “Scarborough Athletic FC has a bright future and we wanted to help more fans enjoy watching the games at the home ground. The club is one of the biggest in North Yorkshire and the local community want the team to do well and love supporting the players. We’re delighted that the One Stop logo will be positioned on the front of the shirts and will also appear on the football club’s new scoreboard.”

The brothers pride themselves on playing an active part in each of the local neighbourhoods they serve. Along with supporting Scarborough Athletic FC, they have sponsored various smaller local football clubs, training schools for children and football shirts, using monies raised from their in-store Carriers for Causes initiative.

Danny comments: “My brother and I have always had such great support in our stores from our local customers, so we want to keep giving back to them by supporting their football teams and clubs. Plus, I’m a big football fan – regularly playing 5-aside – so I’m really pleased to be getting involved in even more football for the community to enjoy!”

There are plans for a new One Stop store too, as Danny explains: “We’re excited about opening our eighth store in Scarborough town centre. With 2500 square foot of space, we’ve been able to work with Scarborough Athletic FC to support them in relocating their club shop inside the new store, which will give them a base right in the heart of the town. The store is due to open in September and we’re looking forward to welcoming football fans to One Stop and chatting to them about our favourite team!”

With community at the core of One Stop’s operations, the Carrier for Causes grant scheme is just one way that One Stop is able to work with its franchisees in supporting local initiatives and increasing its visibility and unique position within those communities. 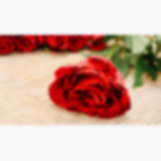 Feeling the love for One Stop Franchisees 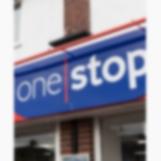 One Stop addresses the work/life balance for its franchisees 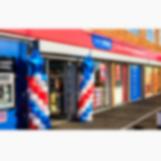 Why invest in a franchise over starting your own business?