One Stop the convenience store retail giant has rolled out a brand new, state of the art EPOS system to the whole of its portfolio of 900 core and franchise stores.

The multi-million pound investment has taken over two years in development and will significantly improve efficiencies in store, save colleagues’ time and has provided a best-in-class platform for future developments.

Mark Denton, Head of Technology expands: “This is a really exciting development for us here at One Stop. The world leading EPOS solution we’ve rolled out is used by lots of Tier 1 retailers (such as M&S and Waitrose) and is a different level of software that is not typically found in other symbol groups. This will give our stores and franchisees a competitive edge and provides another strong reason for potential franchisees to join us, they all receive the same technology as part of the One Stop inclusive package.

“We’ve also worked hard to future proof our stores and provide the most advanced up-to-the minute system which also gives us plenty of room for further potentials. Alongside the EPOS system we also invested in Wi-fi for all our stores as this will help makes the system real-time and improve efficiencies further.”

Andrew McHugh, One Stop franchisee has welcomed the new system to his store in South Cerney, explaining: “The day-to-day operations are now much quicker, so it’s good for employees as things like cashing up can be simplified.

“The new planograms are much improved and the reports are clearer and easier to break down into categories. From a business owner’s point of view I can really save time with reports like my VAT as I can just grab the report and export it, so I always know where I am. This is just the start and I know One Stop will carry on making even more changes and improvements, so it feels like we’re in a very positive position.”

One Stop implemented the system in the middle of the pandemic, adapting their initial rollout plan, they still managed to seamlessly provide dedicated training to retailers. They worked in unison with a number of market leading businesses to ensure the successful rollout of the technology including Flooid (which provided the software), Diebold (which rolled the system out to stores) and Jade solutions (which delivered One Stop’s new Wi-fi). The new EPOS technology also compliments the other systems One Stop has previously invested in including Relex, which is its advanced, cutting edge forecasting tool.

Whilst colleagues and franchisees have been quick to praise One Stop’s previous EPOS system, the new technology will go even further to delivering a premium and seamless service to enable stores to work at their maximum output. One Stop’s new system will control all frontend operations as every sale and stock related aspect – such as a cashing and reporting – will go through the new EPOS, meaning everything is accounted for at the touch of a button.

The news is especially significant to existing and potential franchisees, who all receive the same advanced technology, clearly putting them ahead of their competition. Benefits include:

Mark concludes: “The feedback we’re getting from our colleagues has been incredibly encouraging. It’s taken us over two years to implement the system and we completed the rollout during the pandemic period. We have to complement our exceptional colleagues in store who had the system upgrade – which was rolled out at a speed of 10 stores a night – whilst working night and day to service the needs of the community.

“As a business One Stop is exceptionally proud of the new EPOS system. The technology will help us run our stores with increased productivity enabling us to service the needs of our customers with even greater efficiency. Plus, it will allow us to give them our attention and time, which is just as important.” 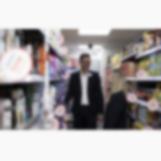 How do you build a successful franchise and boost profitability? 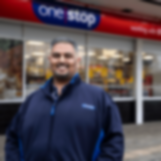 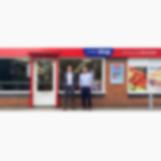 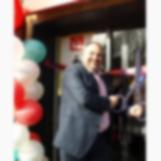 Hundreds flock to new One Stop opening in Bridgend