A One Stop franchisee has been recognised for going above and beyond for his customers by industry publication, BetterRetailing.com.

Vip Measuria of One Stop, The Prior Way, Derby, was awarded as a 2019 Category Star in the Availability section of the Independent Achievers Academy (IAA), which recognises independent retailers across the country.

As well as using technology provided by One Stop to ensure his target of 97 per cent availability is met, Vip was recognised for going over and above by performing daily gap checks and analysing data including the weather and sales records to ensure products, he knows his customers will require, are in stock before they even know they need them.

Commenting on the recognition, Vip said: “We’re elated. We’ve been applying for the IAAs for the last few years so to win was a real surprise. It’s great recognition for the team.”

Vip was up against three other independent store owners for the award, including One Stop colleague Aman Uppal of One Stop Mount Nod, Coventry.

He added: “I’ve been a franchisee at One Stop for four years and the technology they provide has been great for managing stock.

“It’s really beneficial to have an assessor from the IAAs come out and give us some independent feedback on what we’re doing and how we can improve, from labeling stock to customer service.”

John Miler, Head of Franchise at One Stop commented: “We’re incredibly proud that Vip and his team have been recognised within the industry and in showcasing how successful the One Stop franchise model is.

“Vip knows his customers inside out and is a superb example of how hard he works to serve his local community. The One Stop technology in place enables him to diligently and systematically make sure everything is in place to run his store seamlessly. This then allows Vip to focus on building relationships with his customers and fully understanding their needs. Congratulations to Vip and his team at One Stop The Prior Way.” 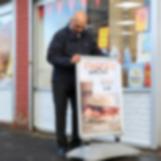 Food to go offer helping franchisees at One Stop to reap the growth awards! 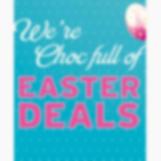 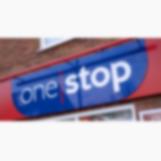