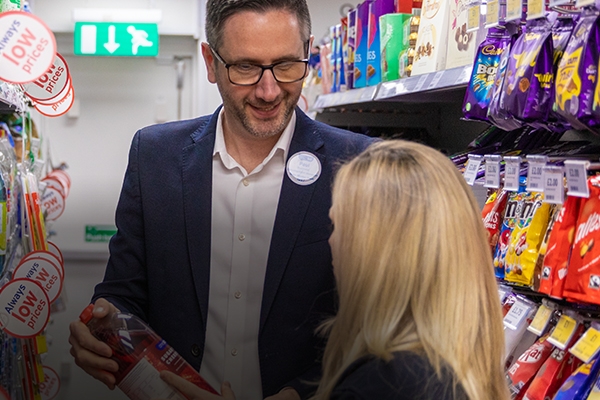 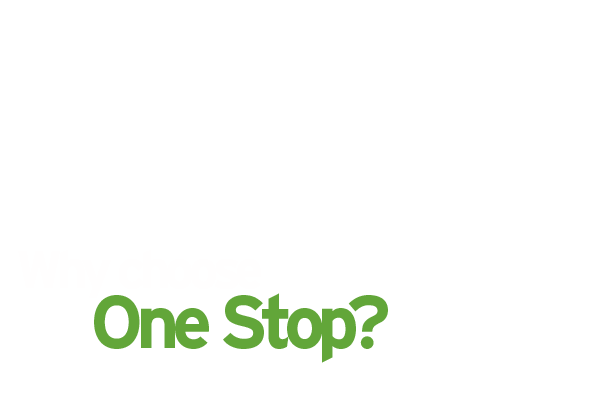 When it comes to teaming up with us, we think the benefits are clear… we help you grow your business. But don’t just take our word for it. We’ve been awarded Franchise Group of The Year twice in three years (2016 and 2018). It’s something we’re extremely proud of – and another example of how we help create (and grow) some of the best Franchises around.

Plus, our Convenience Industry Competitor Tracker tool consistently ranks us first in the market for our great offers, while we received the highest ranking in a recent convenience store competition survey.

The backing of a national brand

We give our Franchisees an unbeatable combination of benefits. For a start, we’ve been a subsidiary of Tesco since 2003 – which means we put the backing of a national brand behind them. We have over 900 stores across England, Wales and Scotland… 180 of which are Franchises. Plus, we have three distribution centres which are owned and managed by us, delivering over 1 million cases a week across all of our stores.

It’s a relationship that delivers huge benefits for you – including greater buying expertise (and better margins) as well as access to One Stop’s e-learning modules and training for you and your team.

Even though you’re part of the One Stop family, you’re still running the show. Yes, we give you the support, tools and backing to be successful, but none of that would mean anything if you weren’t still in charge. It’s the best of both worlds – the freedom to do things your way, with the knowledge that you’re also part of one of the UK’s favourite retail groups. Win-win.

Our One Stop
Own Label range

Launched in 2017 and part of our commitment to Franchise investment, our One Stop Own Label Range covers over 400 different products, delivering value and volume whilst offering supermarket quality. They’ve proved a huge hit with customers thanks to their bigger pack sizes, a more competitive retail price and the sourcing of many products from UK suppliers. And thanks to their better margins, the range has helped to drive up basket spend and weekly sales for our Franchisees too.

A business built to
help you succeed

When you become a One Stop Franchisee you’ll also have the whole weight of One Stop’s business behind you. For example, as well as the support you’ll get from your dedicated Business Development Manager and our Franchise Helpdesk, you’ll also have the support of the whole One Stop team, ensuring you’re given the help, advice and guidance to realise your store’s potential.

Putting you at the heart of your community

All One Stop stores are proud to be at the heart of their local communities – and One Stop Franchises are no exception. So no matter how long you’ve been in your current site, we’ll help you reach out and support local schools, charities and foodbanks to make sure you’re genuinely making a difference to the customers in your area – and raising the profile of your store. 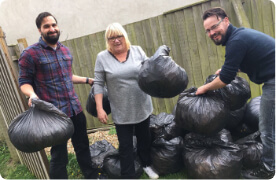 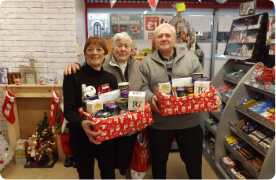 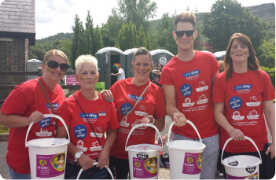 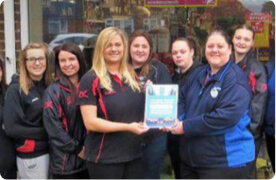 Got questions? We’re just a call away.

With the support of a national retailer behind you and the flexibility to be your own boss, the benefits of Franchising with One Stop really add up. But if you’ve still got questions, get in touch with our team of friendly experts for a no commitment conversation today. Alternatively, check out our free ebook now for some hints, tips and a whole lot more.

Six benefits to transform your business

From a dedicated support team and time-saving technology, to market-leading promotions, more cash in your pocket and the reassurance of a national brand always having your back, nobody offers Franchisees more than One Stop. Add to that a £50,000 store refit and it all works out to an unbeatable combination.

What is
a Franchise?

What’s the difference between running a Franchise, a symbol group store and an independent store? This simple guide will tell you – and show you how running a One Stop Franchise can give you the edge over those other models.

What it takes
to become a Franchisee

Want to see whether you’re the right fit to become a One Stop Franchisee? It couldn’t be easier. You’ll find our essential checklist here, with all the key questions to see if you fit our criteria.